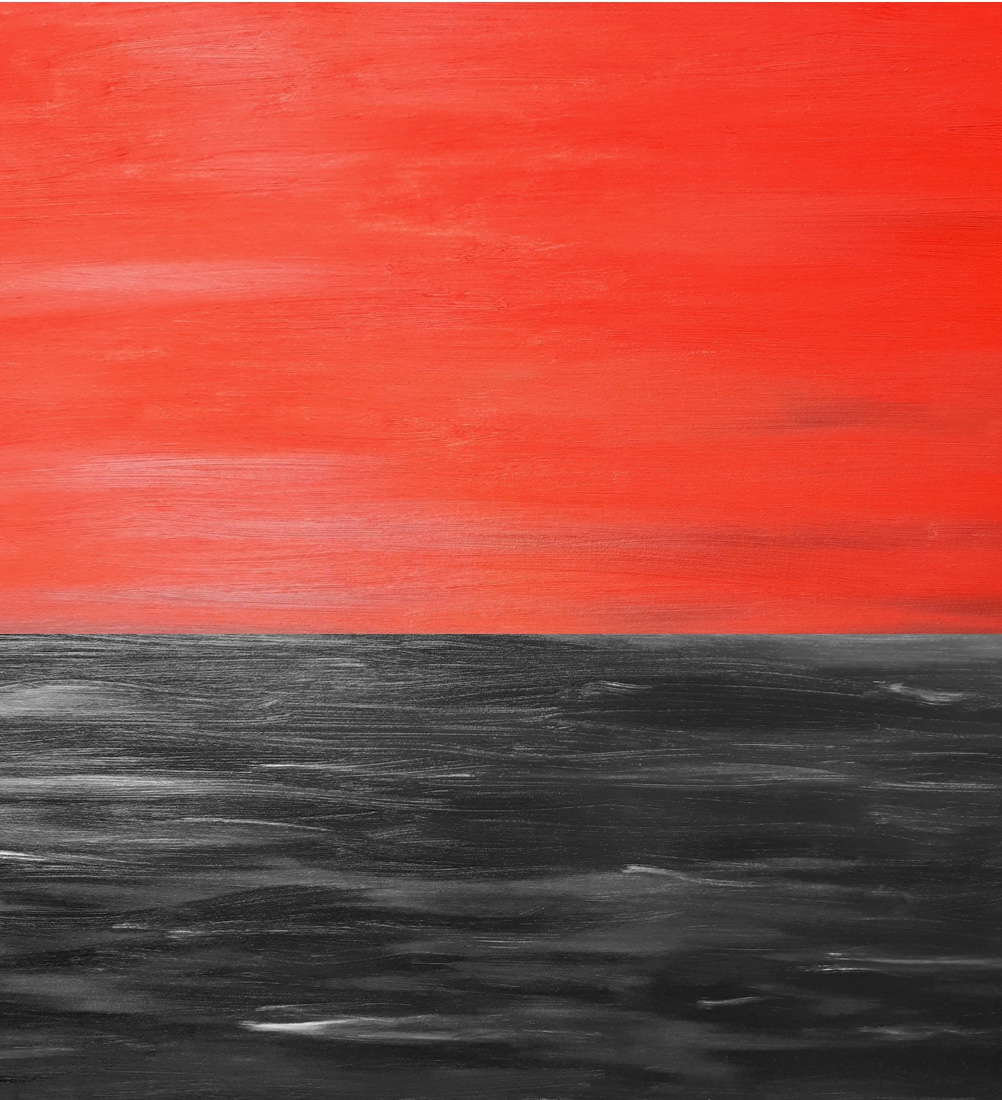 There were millions of them. Billions. Countless. Ocher-coloured. Naked. Dressing each other. Visibly present. Loose cohesion. Solid quicksand. Indelibly present. All around me and as far as the eye could see. They confirmed their habitat. Theirs, not mine. I was out of place. The stranger. But not that I didn’t belong there. I was there. Their world was mine too. But our place in that world was different. Something. I was not an intruder, I was merely misplaced. An unfortunate coincidence. I was merely passing by. I was not an enemy, but neither was I a friend. We were different like water and fire, yet we understood each other. That is what I thought. Or at least I hoped so. My hope needed their approval to exist. My right to exist. Or did it have to be earned? But how? Without any manual. Without it, I would get lost in them. They would swallow me up, take me in and digest me. And I would do nothing. I would welcome it as salvation. As nailed to His cross. The redemption of what? I did not know. Not yet. But I suspected. So I kept hoping. Because something was better than nothing. Then. That day and there.
I kept staring at them all staring at me. They were staring at me as if they were sirens. And I was Odysseus. But without a goal and anchored where I was.
Their songs were not attractive. Anything but attractive. My ship would not change course. It would not smash against the rocks. The anchors were firm.
My ship, then, was not a ship. Not in the sense of a vessel. Nor was my ship mine, but I was in it. Totally different vowels and consonants. Vehicle. Different vowels and consonants sometimes determine a lot. Or everything. Ripple, ripple. Aa. IJ. The vehicle was not mine either. It belonged to my travelling companions. I was not alone. There were four of us. Me and the three others. In the vehicle. It was old and used but not worn out. Japanese. A Mazda 929. Four-door. Just big enough to transport the four of us. And accommodate us. Because we’d been living in it for a while. Since that morning already. The day was already half over. What time was it now? The light was strong. Very strong and blinding. White-yellow. The sun was at its highest point and it was hot. Very hot. The billions were shimmering. Rising moisture that was not there. As dry as it was outside, it was moist inside. Thousands of pores screamed their existence. In all four of us. For my three travelling companions, because of the scorching heat. And the tension. Me too. But also of fear. The smell was penetrating. Unpleasant. Salty. The uncertainty that arose at the start of the journey turned to certainty. Sneaky and unannounced. Where I always sought security in the concrete, I looked around searching for quicksand. But no matter where I looked and how hard I searched, the only thing that could be seen outside were those billions of grains of sand. Dry. Yellow. They were the only thing holding on to the ordinary. To the normal. To the usually tediously boring everyday. The normal today was the back seat. The bench where I did not sit. I was lying there. On my hands and knees. I looked outside. Through the open window. Gasping for air. Air that dried up my throat. Withered lungs. My shirt clung to my body. My shorts did not. I no longer had them on. My travelling companions had taken them off. Mine and theirs. They kept me company. All three of them. In turns and very close. Inside me. Deep inside me. And I looked outside. I kept hoping. For redemption. My cross. Their cross. The heat. The blinding light. Where is that tunnel? ….