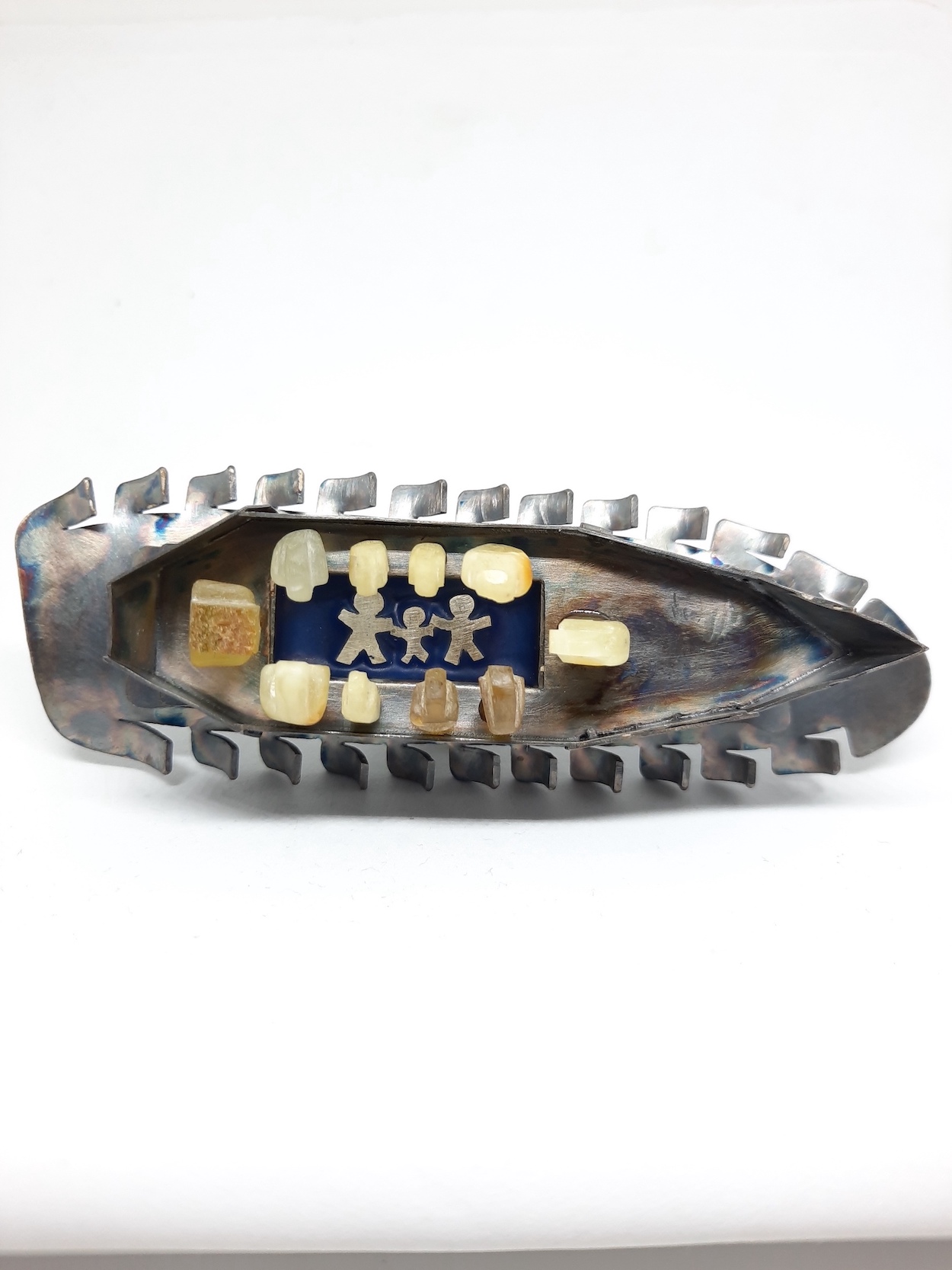 The sun was shining. At home, not too far from Al-Sukhnah, the sun shone as well, though much brighter. They lived in a little makeshift house built of corrugated plate and reed. They had no gas. No running water. Water was fetched at the nearest oasis, an hour and a half walking distance from home. It was the lack of water that made them decide. And their wish to build a better future for their child. They would have to leave. The few skinny goats they possessed, were sold. The proceeds brought them to Wathiq in Jableh, close to Latakia and the Mediterranean Sea. Wathiq would guide them to the Green West. If they paid him the right price. A full year they worked to put the money aside, Hassan and his wife Maram. Their daughter Alya was cared for by some local people, for the right price.

And then, at last, the departure day arrived. Joining a group of about fifty adults and children, they embarked. The old lifeboat was barely big enough to fit them all in : they travelled, back to back, sitting up straight. The lifeboat left from the nearby beach in the middle of the night. The sea was calm. So were the travelers. The first hours. Then the wind picked up. Waves with white crests appeared around them. The children started to cry when cold heavy rains began to fall. The women wailed. The men prayed to Allah.

The sun was shining.  At home, not too far from Al-Sukhnah, the sun shone as well, though much brighter. Hassan, his wife Maram and their daughter Alya were still wearing their own pool floats. The ones Wathiq had given them, turned out to be leaky. After the boat had capsized and all passengers ended up in the cold sea, the three of them held each other’s hands tightly: they did not wanto to lose sight of one another. Most of their fellow sufferers started swimming in various directions. Hassan, his wife Maram and their daughter Alya did not. They had never learned how to swim. Where they had lived in Al-Sukhnah, there was no need for it.

The sun was shining. Less bright than at home, into the water of the Mediterranean Sea. Hassan and his wife Maram and their daughter Alya were still holding on to one another. It seemed as if they were looking upwards. At the sun above them. At the boat floating up there. A boat with a glass bottom. In that boat sat tourists who had sailed from Altinkum Plaji to look through that glass bottom. To discover the underwater fauna and flora. At half an hour from the beach.  Half an hour,  merely half an hour….